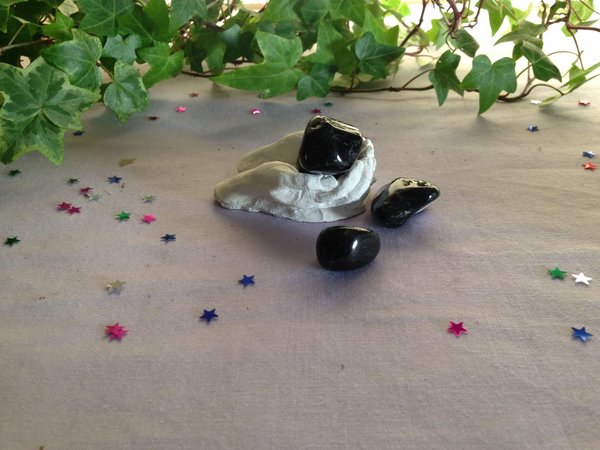 These lovely Black Tourmaline Tumblestones varying in size between what can be classed as medium and large measuring between 20 and 35 mm in size.

However please note that owing to the nature of Black Tourmaline, which can be quite brittle, these tumbles have not been completely smoothed and polished as most tumblestones are. They are still very tactile though.

Chakra: Protects all but especially useful for the Base Chakra

Black Tourmaline is a very protective crystal, it is believed to be able to form a protective shield around the aura as well as being a good choice for grounding; this makes it a valuable crystal for healers to use both on themselves and their clients. In addition, it is believed to protect against electromagnetic smog and radiation.