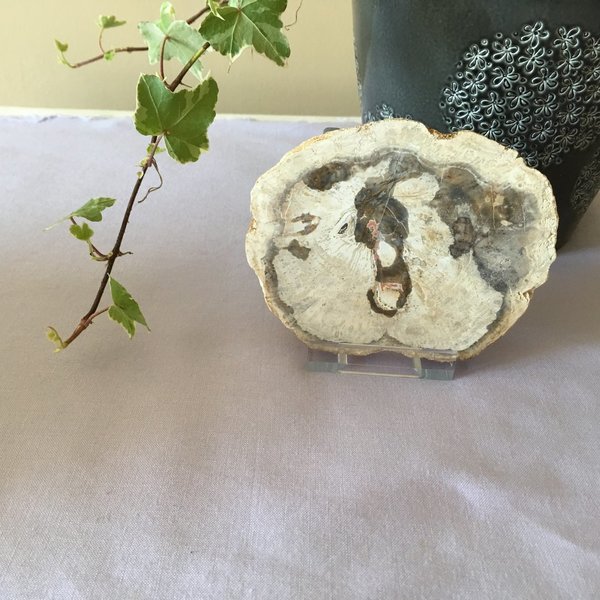 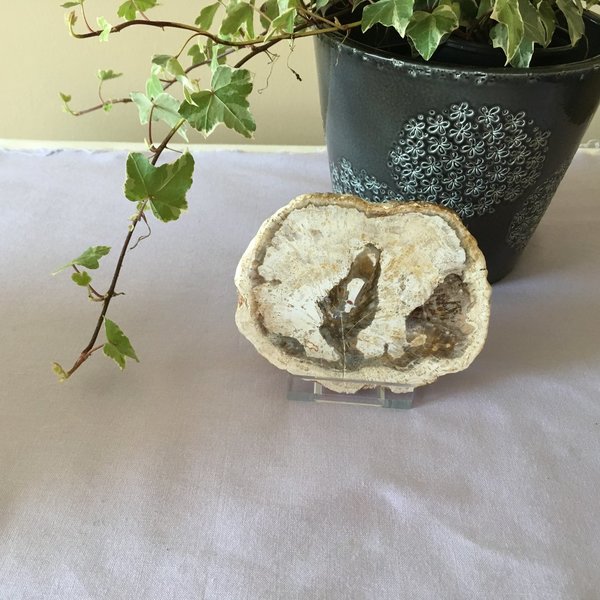 This is a lovely slice of Fossilised Wood with some lovely markings in it.

This slice has not been highly polished and smoothed out, one side has been done more than the other, but it is a lovely tactile piece.

Fossilised Wood comes from an ancient tree that has been buried and fossilised with the organic parts of its structure being replaced by minerals.

The markings on the crystal are the original tree’s growth rings and knots. Sometimes a jasper, agate, quartz, pyrite or even opal can be found fossilised in wood.

More often than not its colouring is brown, but it has been found in grey and even green colour.

Fossilised Wood (also known as Petrified Wood) is an extremely grounding and protecting stone which is also considered as being good for meditation.

It is believed to aid one in re-evaluating past lives and to fully understand and reach goal on one’s current life journey and lessons; it also aids one to distinguish between what is important and what is not, enabling one to stop worrying about the ‘small stuff’.

It is also a very calming stone, easing stresses and fears, promoting a feeling of well-being, safety and security.

Petrified Wood is also said to be the stone for business success.