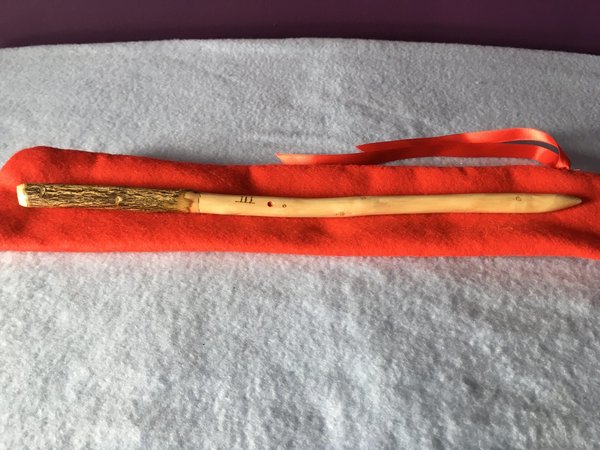 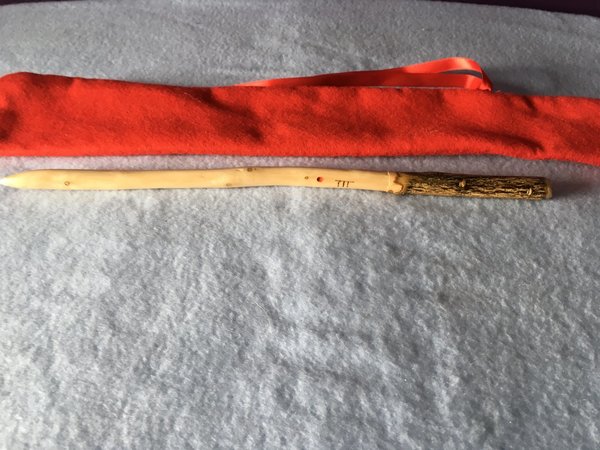 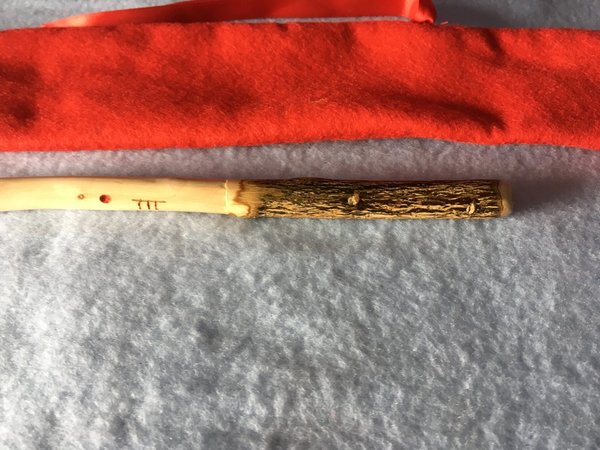 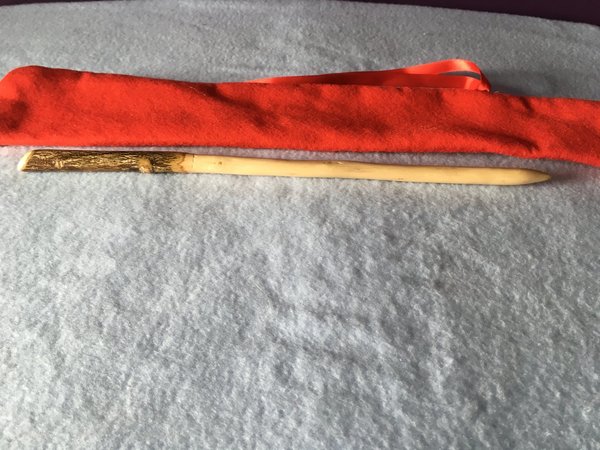 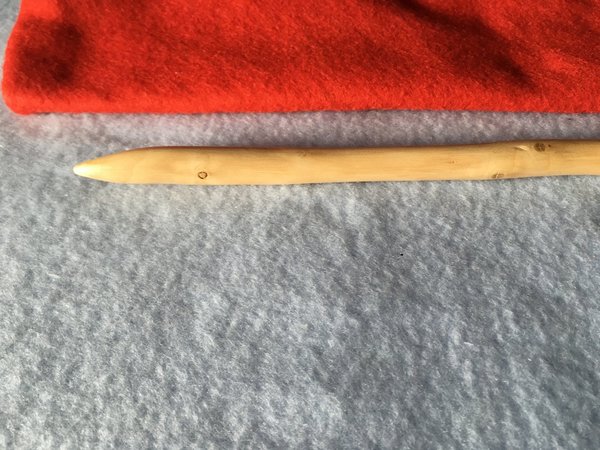 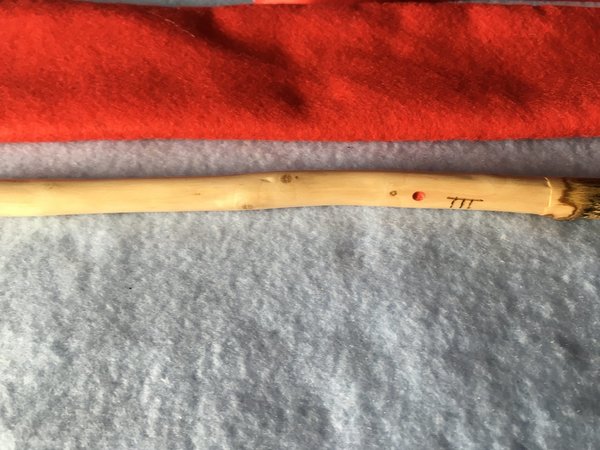 This wand was harvested on 23rd July 2017 which was the Holly's New Moon for that year.

To the Druids, in the first two centuries AD, Holly was second only to the Oak in its power and spiritualism. Holly represents personal sacrifice in order to gain something of greater value.

This wand has been “treated” with beeswax polish following the debarking and sanding process; it also has the following herbs inserted into the handle.