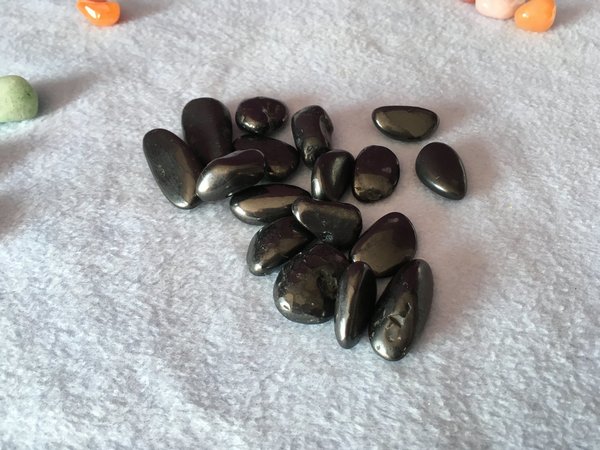 These Shungite Tumblestones are of a medium size with an approximate size being between 20 and 30 mm at the widest size.

They have not been highly polished or smoothed so are a bit lumpy and bumpy and not very shiny, however they are very tactile and would be a good companion for meditation sessions.

It is a good choice for spiritual and psychic development offering psychic protection by infusing the aura with light and “allowing” only beautiful positive and beneficial energy in. It is a strong stone for grounding.