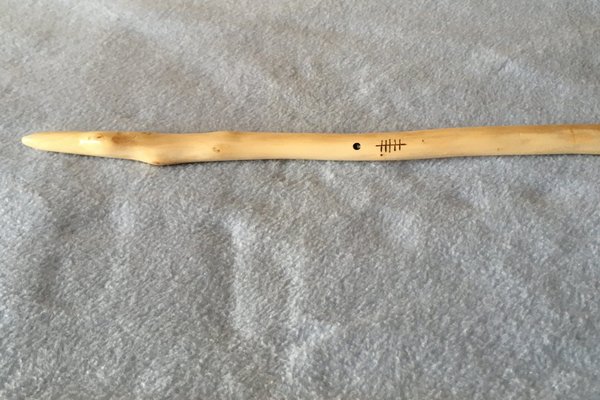 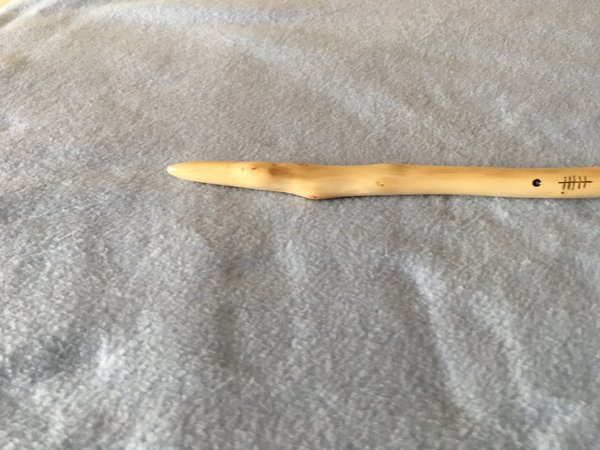 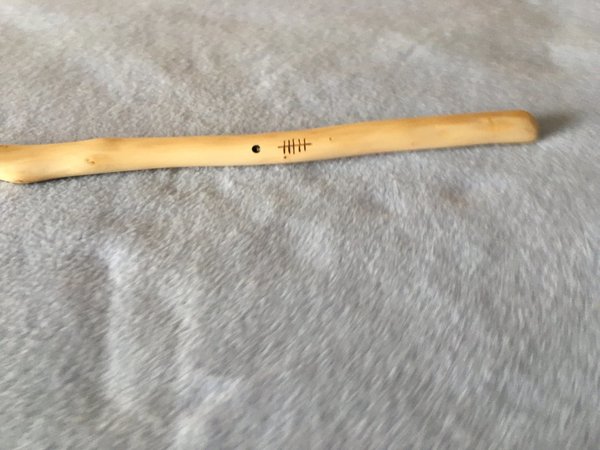 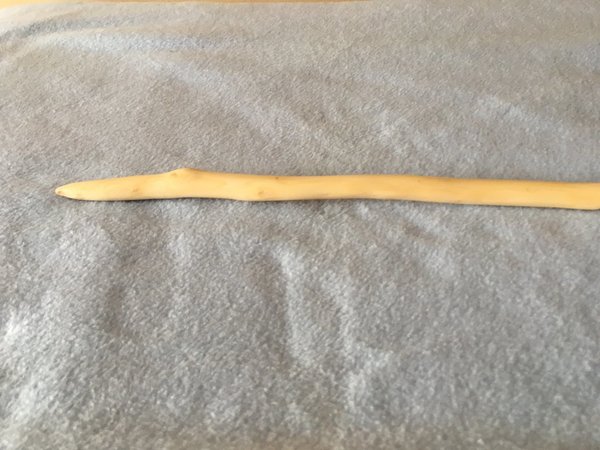 This beautiful Yew Wand was harvested on 21st December 2017 (the Winter Solstice) It measures approx. 31 cm in length.

Fifth vowel and last letter of the Ogham alphabet. Idho - I

The Druids use Yew to banish negative influences and purity spaces.

The Yew Tree Fairy is the “oldest” of all the tree spirits because the Yew is considered virtually “deathless”; this fairy is also considered as having wisdom second to none. She has a connection with the eternal and carries ancestral knowledge whilst also having the ability to open the doorway to future generations. The Yew Fairy can bring you closer to your loved ones who have passed into spirit.

This wand has been “treated” with beeswax polish following its de-barking and sanding process; it also has the following herbs inserted into the handle: